On a recent episode of the Shea Anything podcast, reporter Andy Martino addressed a popular narrative about Mets pitcher Zack Wheeler.

The story is that Wheeler threw more splitters in 2018, and that this new pitch explained his markedly improved performance. Neat and tidy – because of this, that occurred.

However, Martino shared that MLBs TrackMan radar (part of the Statcast system) actually has a hard time distinguishing Wheeler’s splitter from his changeup. In fact, when he asked Wheeler about it, Zack told him that he does not throw the pitch nearly as often as the analytics tell us he does. Despite this, the narrative persists, although it fails to explain what we once believed it to.

Our propensity to knowingly rely upon disproven information is called the Continued Influence Effect, and its impact is widespread.

The human psyche demands causal explanations for everything we experience – it’s how we make sense of the world. When we hear a compelling, explanatory narrative, we incorporate it into our worldview. Where the cycle short-circuits is if a previous explanation becomes disproven. In these cases, we are typically reluctant to admit our narrative no longer makes sense.

Aside from simply not wanting to feel wrong, we often continue incorporating bunk stories into our beliefs because we lack salient alternatives. Absent a stand-in explanation, we pretend our original thesis is still true. As Hollyn Johnson and Colleen Seifert showed in their 1994 study, we prefer incorrect models to incomplete models.

When given the choice between a false, yet satisfying, narrative and having to admit we don’t know, satisfaction is all but guaranteed.

As investors, we are given every opportunity to display this preference. Each day the market is open, we are peddled causal explanations for its gyrations.

Our undying thirst for explanation, irrespective of validity, paired with our loathing for the words, “I don’t know”, leaves us primed to be sold busted cause-effect ideologies. The most offensive of these busted ideologies purport to explain cause and effect to such an extent that uncertainty is eradicated.

Unfortunately, if our quest is to eradicate uncertainty from investing, eternal disappointment is all that awaits. It’s deeply unsatisfying, but we will never know all the reasons investors buy or sell on any given day. To suggest otherwise is to deny reality.

However, our inability to definitively explain market movements is a feature, not the bug we unfairly treat it as. As Josh Brown recently wrote, “The market is not meant to be intellectually satisfying. It’s meant to take money away from people who think they can explain things. The worst traders and managers I know are the guys with answers for all this stuff. Get used to it.”

We can either sign up for a lifetime of false, yet satisfying, narratives, and deal with the negative repercussions, or admit that there are some things we will just never know for sure, and make plans that account for the unsatisfying certitude of uncertainty. 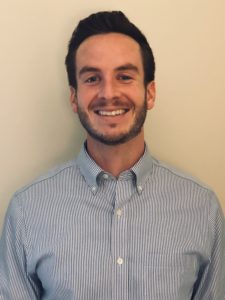